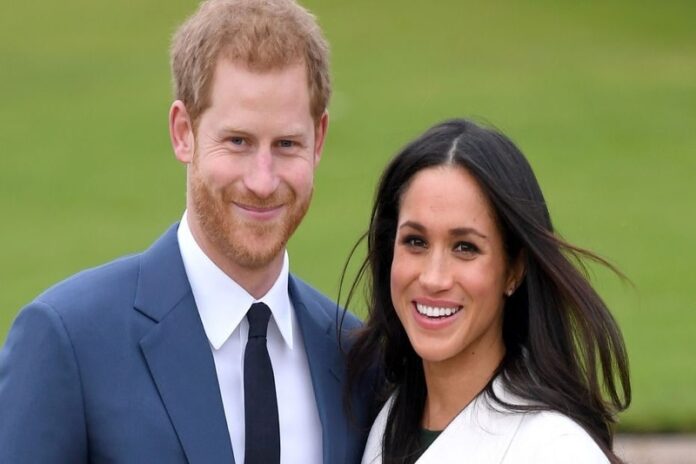 The Dukes of Sussex – Meghan Markle and Prince Harry – appeared together on Monday in a virtual conversation about racism, a subject on which both have spoken on different occasions following the death of George Floyd.

While both have appeared separately in various video conferences, this was the first time they have been spotted together since the COVID-19 pandemic began in mid-March.

The Duchess of Sussex is the Vice President of The Queen’s Commonwealth Trust and together with her husband, who is President of the charity, they were present at a talk with young activists and leaders of different non-profit groups who have spoken out about different causes in favor of Black people such as We Belong, Equality Bahamas, The Common Sense Network and World Economic Forum’s Global Shapers.

During the Zoom conference, issues related to inequality, justice and the need to take tangible actions for victims of discrimination were addressed.

“When you see the Commonwealth, there is no way we can go on without acknowledging the past,” said Prince Harry in a conversation with Chrisann Jarrett, co-founder of We Belong, a foundation of boys who migrated to the United Kingdom, and Alicia Wallace, director of Equality Bahamas. “(There are) so many people that have done an amazing job of acknowledging the past and trying to correct those mistakes, but I think we all know that there is much more to do still. It will not be easy and in some cases it will not be comfortable, but it needs to be done, because what you do think, everyone benefits.”

Meghan also wanted to take the floor, speaking about equity as a fundamental human right.

“We are going to have to be a little uncomfortable now, but it is only by passing that discomfort that we will get to the other side of this and find a place where the high tide lifts all the boats,” said the Duchess, who had previously given her opinion on the Black Lives Matter movement. “Equity does not put anyone behind, it gives us all the same opportunity, which is a fundamental human right.”

Harry added onto what Meghan had to say, speaking about how change will be necessary in order for the world to grow.

“Change is needed and it is coming. The optimism and hope that we have is to listen and speak to people like you, because there is no going back now, everything is walking forward,” the Duke said. “The solutions exist and the change is taking place faster than ever before.”

Finally, the conversation concluded with Meghan Markle reiterating her solidarity and the “faith and renewed energy” she maintains to fight for these causes.

“We are going to achieve it,” concluded the Duchess of Sussex.

Host, Journalist and World reporter for The Ball Out.