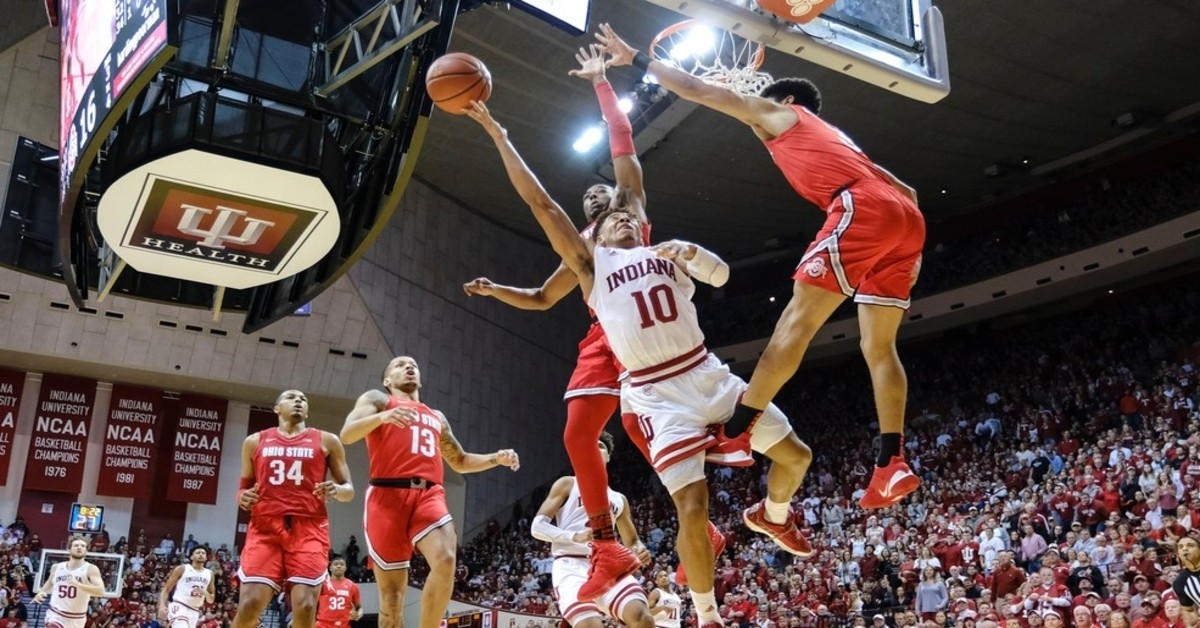 Bloomington, IN – The No. 11 Ohio State Buckeyes entered Saturday’s game losers of three straight and extended that streak to four after falling to the Indiana Hoosiers, 66-54 Saturday morning.

Indiana’s key to success was their defensive pressure which kept Ohio State off-balance the entire game as the Buckeyes finished with 16 turnovers and shot 32% from the field.

The Hoosiers were led offensively by Devonte Green who came off the bench and led the team in scoring with 19 points, shooting 5-8 from the field and 7-11 from the free-throw line.

Green hit a big three-pointer with 2:52 left in the second half to extend the Hoosiers lead back to 10 after a 5-0 run by the Buckeyes.

As a team, the Hoosiers finished with 11 steals and were led by sophomore guard Rob Phinisee who had four. He was second on the team in scoring finishing with 13 points and led the team with seven rebounds.

Indiana shut down Ohio State’s leading scorer, Kaleb Wesson, who finished with 11 points and shot 3-11 from the field. The junior forward turned the ball over four times which was second-most on the team.

Indiana got off to a hot start in the game scoring on their first seven possessions, which bolstered them to an early 13-7 lead. Ohio State was able to hang around thanks to forward Andre Wesson, who scored eight of the Buckeyes first 10 points.

However, that would be Indiana’s final field goal of the first half as the defensive pressure was picked up by the Buckeyes.

The Hoosiers self-destructed at the free-throw line as well and shot 9-17 from the charity stripe in the first half.

Despite the nine turnovers at the half, the Buckeyes shot 7-12 from the beyond the 3-point arc to keep themselves in the game.

The Hoosiers started off the second half much like they started the first half, using an 8-0 run to take a 39-34 lead. However, Ohio State responded with an 11-4 run of their own to retake the lead at 45-44.

After that, it was all Hoosiers for the rest of the game. Indiana came storming back thanks to some great team defense and used a 14-1 run to take a 57-46 lead with 5:40 left in the second half.

Green scored six of Indiana’s final nine points to close things out by a final score of 66-54.