In the past few years, NBA teams and its’ fans circled June 30th, 2019 on their calendars in anticipation of one of the most loaded free agency classes. In the first 24 hours of free agency, the anticipation certainly lived up to the hype.

The 2019 free agent class featured plenty of talented players, but all eyes were on forward Kevin Durant. For much of the 2018-19 season, rumors spread stating that Durant was going to leave the Golden State Warriors in the off-season. Despite Durant neither confirming or denying those plans, many members of the media assumed the superstar was on his way to the New York Knicks.

However, Durant’s Achilles injury drastically changed his plans. The two-time Finals MVP announced he was going to sign a four year, $164 million contract with the Brooklyn Nets the night of June 30th and that Kyrie Irving and DeAndre Jordan were going to join him.

The Nets, who were a surprise team last year and finished as a sixth seed in the Eastern Conference, stole two superstars from their in-state rival the Knicks. But before Nets fans start thinking NBA Finals, remember Durant will likely miss the entire 2019-20 season in order to recover. Irving has proven he’s not capable of leading a playoff contending team by himself and Jordan has been on the decline for the past two seasons. While the signing of the three players is a huge upgrade, the team will likely not reach their potential until the 2020-21 season.

Irving, who played last season for the Boston Celtics, was quickly replaced by Kemba Walker in a sign and trade with the Charlotte Hornets. Walker agreed to sign a four-year, $141 million deal with Boston and in return, the Hornets received Terry Rozier on a three year, $58 million deal. 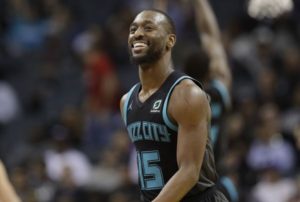 The Irving experiment in Boston was a complete failure and brought plenty of headaches to the organization and its fans. The addition of Walker brings a new level of excitement that was lacking for much of the 2018-19 season.

And as for the Hornets, their consolation prize is a 25-year old point guard who has yet to average more than 12 points a game in his career. While Rozier has flashed potential in some big moments, he has struggled to score on a consistent basis and has never shot better than 39% during his career. Being asked to replace Walker may be too big of a task for Rozier, but the Hornets had to take a risk with limited options they could afford.

As for the Warriors, they did not panic after the loss of Durant in free agency. The team reached an agreement to re-sign guard Klay Thompson to a five-year, $190 million deal. Thompson tore his ACL during the 2019 NBA Finals and will likely miss much of the 2019-20 season. However, the Warriors were prepared to bring in some help in Thompson’s absence. As part of a three-team trade, the Warriors acquired 23-year old D’Angelo Russell from the Brooklyn Nets along with Shabazz Napier and Treveon Graham. In return, the Warriors sent Andre Igoudala and a 2024 first-round pick to the Memphis Grizzlies, a move that helps clear up cap space and makes the Warriors younger. 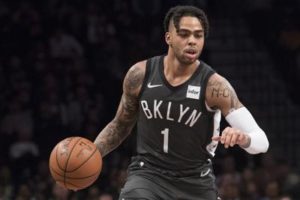 With the newly freed up cap space, Golden State was able to re-sign center Kevon Looney to a three-year, $15 million deal. While Russell may not be the equivalent to Durant, it is a significant upgrade to the Warriors roster. The guard averaged a career-high 21 points and seven assists a game last year. Russell can create shots for himself and others which will lighten the load off Stephen Curry’s shoulders next year in Thompson’s absence.

With the injury to Thompson and the departure of Durant, the Western Conference is considerably more wide open than it has been in years past and teams acted accordingly.

The Portland Trailblazers made a significant upgrade Monday when they traded for Miami Heat center Hassan Whiteside as part of a four-team deal. They lost depth in Maurice Harkless (to the Los Angeles Clippers) and Meyers Leonard (to the Heat), but Whiteside brings stability to the Trailblazers frontcourt. The center is a great rim protector and cleans up the boards well, which will help in the absence of Jusuf Nurkic as he recovers from his leg injury. 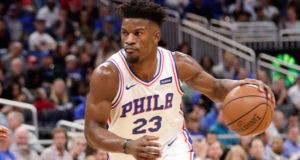 As for the other teams in that trade, the Miami Heat acquired Jimmy Butler from the Philadelphia 76ers, the 76ers received Josh Richardson from the Heat and the Clippers received a 2023 first-round pick from Miami along with Harkless. Butler, who had a rocky season as far as locker room presence goes, gets a fresh start with a new organization. Miami is not the championship-ready team Butler was hoping for, but a change of scenery to a coach and team president who knows how to win should help the four-time all-star.

Other Significant Moves Around the League

About the Author: Noah Alvarez