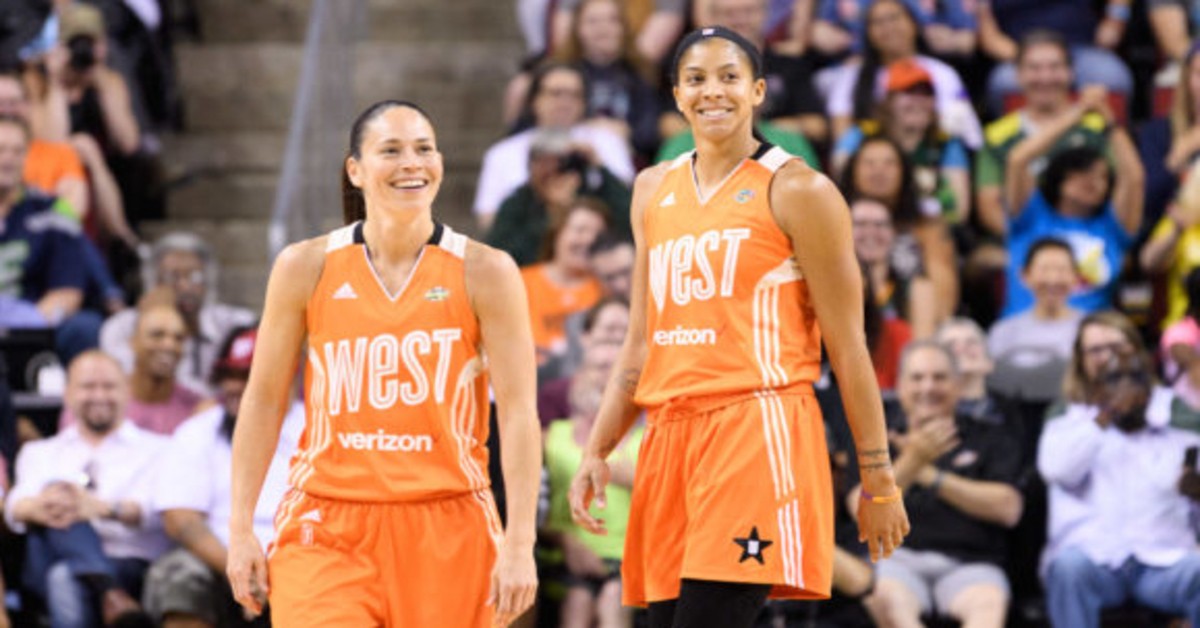 The WNBA revealed today that the team rosters for the Verizon WNBA All-Star game have been set. Using the new format, team captains Elena Delle Donne of the Washington Mystics and Candance Parker of the Los Angeles Sparks, picked their teammates as a part of this year’s inaugural WNBA All-Star draft.

Delle Donne made the first pick, and Parker made the second and then the two captains alternated making picks via conference call.

Team Delle Donne features Seimone Augustus from the Minnesota Lynx, Sue Bird from the Seattle Storm, Dewanna Bonner from the Phoenix Mercury, Sylvia Fowles also from the Lynx, Brittney Griner from Phoenix, Kayla McBride from the Las Vegas Aces, Breanna Stewart from the Storm, Diana Taurasi from Phoenix, Kristi Toliver from Washington, and A’ja Wilson from the Aces.

On Team Parker, Liz Cambage and Skylar Diggins-Smith of the Dallas Wings were selected, along with Tina Charles from the New York Liberty, Parker’s teammates Chelsea Gray and Nneka Ogwumike from the Los Angeles Sparks, Jewell Loyd from Seattle, Angel McCoughtry from the Atlanta Dream, Maya Moore from Minnesota, Chiney Ogwumike from the Connecticut Sun, and Allie Quigley from the Chicago Sky.

Team Delle Donne will wear black uniforms and be the designated home team, while Team Parker will wear white as the visitor team.

On July 27, Delle Donne and Parker will select starters for the game alongside their respective coaches. Dan Hughes will be the leader for Team Delle Donne while Sandy Brondello will coach Team Parker.

The 15thWNBA All-Star game will be held on Saturday, July 28 at the Target Center in Minneapolis. ABC and SiriusXM NBA Radio will broadcast the game live at 3:30 p.m. ET/2:30 p.m. CT.