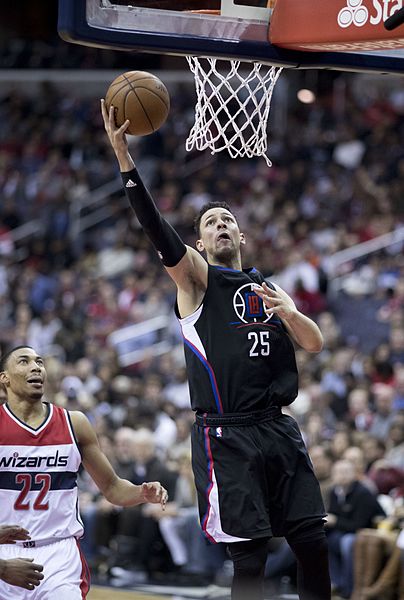 The Los Angeles Clippers have decided that blood is no longer thicker than water.

Yesterday, ESPN’s Adrian Wojnarowski reported that the Clippers have agreed to trade guard Austin Rivers to the Washington Wizards for center Marcin Gortat. With the move, it puts to an end the first father-son, coach-player relationship in NBA history.

His father, Doc Rivers, is currently the head coach, but was the president of basketball operations when he traded a second-round pick to the Boston Celtics in a three-team deal to acquire his son after the 2014-15 season. In Austin’s tenure with the Clippers, he averaged 11.1 points and 2.4 assists a game. Last season saw Rivers average a career-best 15.1 PPG and 4.0 APG in an increased starting role. Meanwhile, the Wizards had been looking to deal Gortat for months. Both Gortat and Rivers are set to become free agents after the 2018-19 season.

What does this mean for both the Clippers and Wizards? Let’s look at three potential takeaways.

With the acquisition of Gortat, it’s a pretty clear sign that center DeAndre Jordan is expected to opt out of his $24.1 million contract either before or on Friday’s deadline. Gortat can play both power forward and center, and is still an effective starting big man going into his 11th season (played all 82 games in 2017-18; 8.4 PPG, 7.6 rebounds and 1.8 blocks per game).

And even if Jordan does decide to opt in to his contract, the Clippers will be sure to find a way to deal him before the February trade deadline. Considering the relationship they have with Jordan, the two will find a way to make a workable deal.

2. IS THIS THE END OF THE BEAL/WALL COMBO?

Austin Rivers has proven that he can be an effective starter when given the opportunity, though he’ll more than likely serve as the top guard off the bench for Washington, as they have two of the best in the league in Bradley Beal and John Wall.

That being said, it isn’t a big secret that the relationship between Beal and Wall is an untenable one, and one that Washington needs to figure out sooner than later. Wall is a free agent after next season, and it is possible that getting Rivers is a sign that they recognize Wall isn’t going to remain a Wizard much longer. While he is arguably the best player on the team, his isolation tendencies with the ball can be problematic and last season showed that while he was missed due to injury, there was more ball movement and other players like Tomas Satoransky proved to be capable of shouldering some of the offensive load.

Is Beal capable of being the top guy? They’re paying him $25.4 million a year to find out, and if Wall leaves, then Beal will have the chance to prove it.

3. A CLIPPER REUNION WITH CHRIS PAUL?

A wild rumor popped up after this deal was made, and to be honest, it’s one that can’t be ruled out.

With Austin Rivers out, this could possibly open the door for a potential reconciliation between the Clippers and Houston Rockets guard Chris Paul. Yes, they did just part ways after last season, and a huge reason behind that was Paul’s reported dislike of nepotism that head coach Doc showed toward Austin. With that out of the way, however, it’s not impossible that Paul could return as an unrestricted free agent.

Before you call this insane, think about it. Doc is under contract through 2020-21, so if Paul signs for the max, Rivers will be most likely gone before the contract runs out. And, if Paul comes back, there is a chance that he could potentially lure his good friend LeBron James to wear Clipper blue instead of the Laker purple and gold that most people believe he’ll be wearing next season.

Gersson Rosas no longer with Minnesota

Mavericks look past scandal and brace for rebirth