Knoxville, TN — One of the top names for the Class of 2022 is Paris Clark. Clark, a five-star point guard, initially gave a verbal commitment to UCLA back in April. However, with the early signing period wrapped up now, she didn’t sign a National Letter of Intent for the Bruins — instead, she reopened her recruitment.

Clark is currently on a visit to Tennessee — and if the Lady Vols land the flashy, smooth, all-world guard from New York, they will have a special piece to close out the dynamic class. With the great start that Tennessee has had to the season, the one thing that Tennessee would love to add is a game-changing, scoring point guard, which Clark is — and then some. She is also the niece of former Volunteer Brian Williams:

Y’all know how crazy it is to have my nephew at Tennessee right now with his sister on a visit @LadyVol_Hoops we gonna keep it in family and @Vol_Hoops he’s next #GoVols pic.twitter.com/XPdq1BH4x6

The New York native is ranked number five in her position in the country and No. 21 overall in her class, per ESPN rankings. 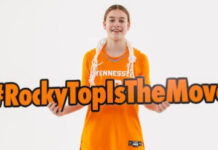 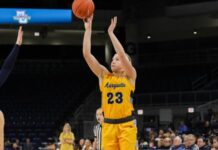 Despite King’s will, Marquette drops heartbreaker

Despite USC interest, Lindsay Gottlieb staying with Cavs; Trojans down to...

Sources: Duke is planning on opting out of the rest of...