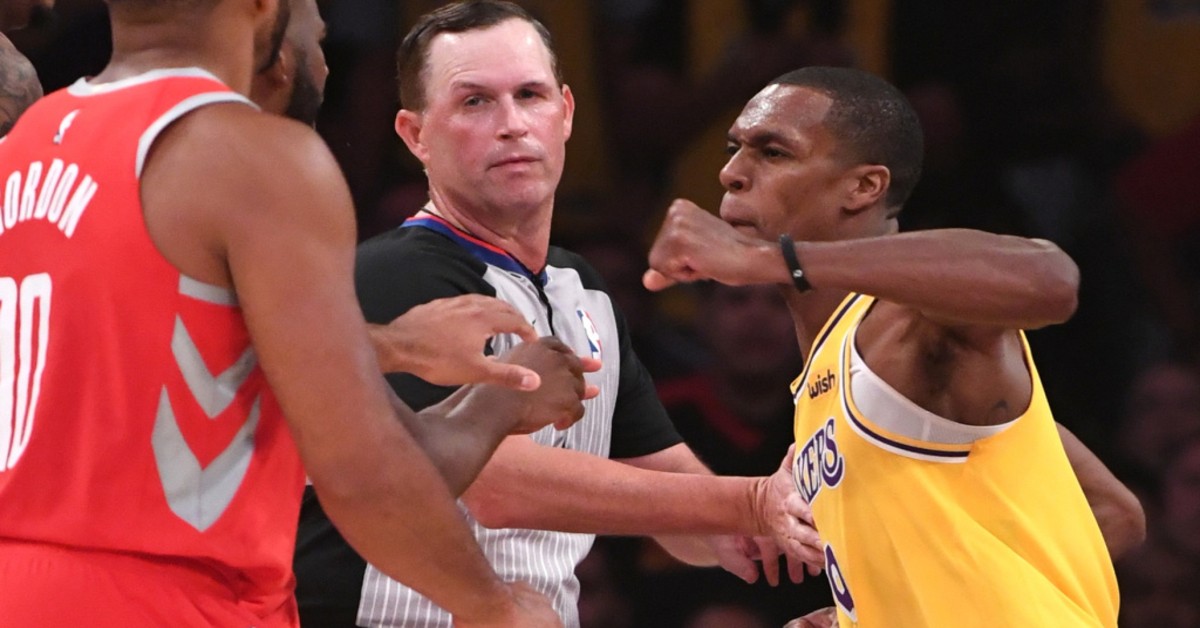 Saturday evening, a competitive game between Houston and the Los Angeles Lakers took an ugly turn. Within a matter of seconds, a transition foul call turned into a fistfight and players being ejected.

As expected, the league handed out suspensions Sunday afternoon. The Los Angeles Lakers will be without Brandon Ingram for four games and Rajon Rondo for three games. On the opposing end, starting point guard for Houston, Chris Paul, will also be serving a suspension, but only two games. All three players will not be paid during their suspensions.

The league stated the following on the reasoning for each players’ specified suspension:

A different angle from the fight surfaced on Sunday showing spit coming out of Rondo’s mouth when he was talking to Paul. However, the Laker guard stated he plays with a mouth guard and spit comes from speaking. The video makes it hard to negate what is seen.

Ironically, Kiki VanDeWeghe – the NBA’s vice president of basketball operations — was in attendance Saturday when the fight occurred. On Sunday during a segment on SportsCenter, he broke down a little of why each player will be serving a different duration of their suspension:

“We try to judge each one of these [incidents] on the merits: who does what, who instigates, how dangerous the situation becomes and is. And also the discipline is an act of deterrence. We want to make sure that we deter this further action and make a statement that this is not acceptable. Fighting’s not acceptable in our league and never has been.”

Paul started his suspension Sunday night while the Rockets continued their road trip against the Los Angeles Clippers; Houston lost 115-112. He will also miss playing against Utah on Oct. 24. Without Paul, Houston will have to rely on other players to step up as the offense typically runs through him. The Rockets still have the reigning MVP in James Harden though, so the team can never be counted out. Also, with the way the squad shoots the three, if they are on, Houston can be a handful.

Hopefully, for the Rockets, they can hang on for the two games without him and pick things back up when he returns on Oct. 26.

As for the Lakers, Lonzo Ball will more than likely be inserted into the starting line-up in Rondo’s absence. Los Angeles will miss Rondo’s veteran leadership as the team continues to build cohesion among all the new faces. There also will be a hole on defense without Rondo and Ingram. Even more so, the Lakers will miss the scoring abilities of Ingram.

Los Angeles will need its young players such as Ball, Kyle Kuzma, Josh Hart and of course, LeBron James, to increase their level of play on both sides of the ball.