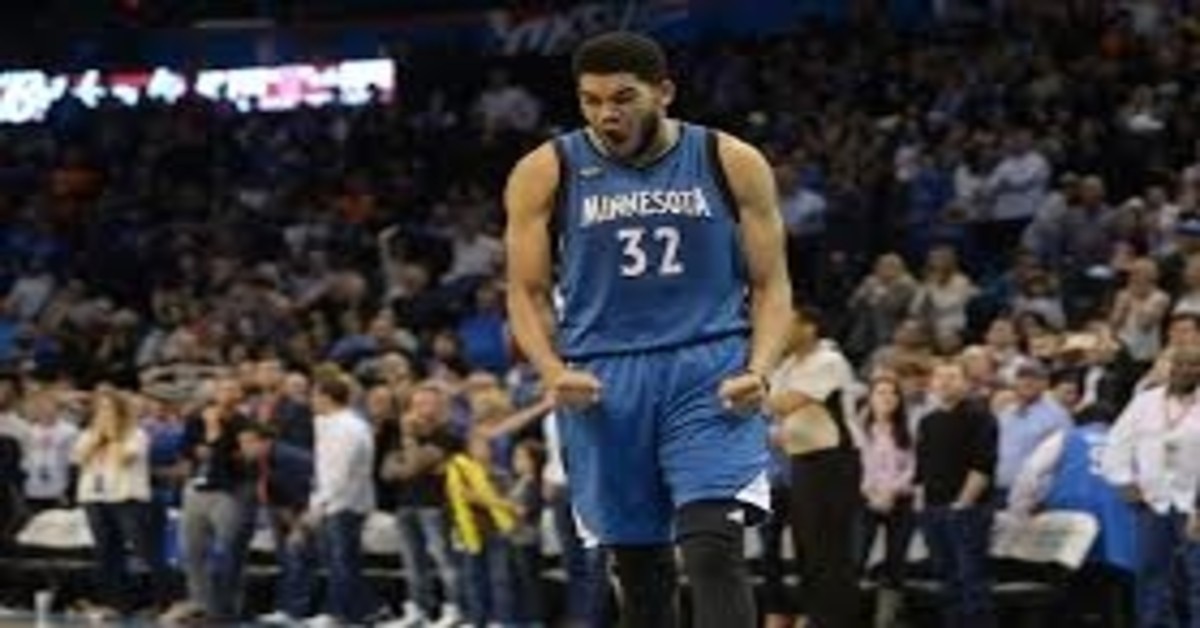 According to ESPN’s Adrian Wojnarowski, All-Star center Karl-Anthony Towns has agreed to a five-year, $190 super-maximum extension with the Timberwolves. In addition, The Athletics’ Jon Krawczynski adds that the deal comes with a 15-percent trade kicker.

Towns was selected by the Wolves with the No. 1 pick in the 2015 NBA draft and was named the NBA’s Rookie of the Year. Since being drafted, he has yet to miss a game for Minnesota.

The 22-year-old center last season was named an All-Star and was named to the All-NBA Third Team, averaging 21 points, 12 rebounds and 1.4 blocks per game. He also led Minnesota to the playoffs for the first time in 13 seasons.

The super-max deal includes the ability for Towns to earn 30 percent of the Wolves’ salary cap should he reach one of the three All-NBA teams, be voted league MVP, or Defensive Player of the Year this season.

Towns tweeted a video highlight titled “5 more” and issued a statement to the fans thanking them for believing in him.

“On June 25, 2015, I was drafted to and committed to the Minnesota Timberwolves. On September 22, 2018, I made a recommitment to the Wolves and have the same feelings of excitement that I felt back in 2015.

“I promise to the fans, my teammates and the organization to keep the vision of the man who drafted me, Flip Saunders, alive and treat his dream of winning with respect and dignity. To the fans from Day One and the Timberwolves fans, this is for you. Thank you for believing in me.”

Although Karl-Anthony Towns didn’t have the best playoff debut against the Houston Rockets, averaging 15 points per game on 46 percent shooting, the Wolves have been searching for a cornerstone player since Kevin Garnett was traded to the Boston in 2008. It seems now, without a doubt, this is their biggest star since Garnett.

However, this is coming after news broke that fellow All-Star Jimmy Butler requested a trade. Butler was acquired from Chicago to Minnesota last season in exchange Zach LaVine, Kris Dunn, and Lauri Markkanen.

When the trade was originally made to acquire Butler, you expected that the core of Andrew Wiggins, Butler and Towns would be the nucleus you’d build around for years to come. However, Butler voiced his displeasure with both Towns and Wiggins, hence the trade request.

According to reports, Butler felt that Towns only played to average great numbers and Wiggins played more for the money rather than winning.

Now Minnesota is taking a big gamble in signing Towns to such a large deal. In sports, when a player that has star talent signs a max deal, they either live up to that contract or they don’t. In addition, you give someone that kind of contract because you believe they can win you games. Something Butler allegedly feels that Towns doesn’t feel is as important to him as getting his numbers. So, that will be something to keep an eye on for the duration of this deal.

However, to have a player that is not only the franchise’s second-youngest All-Star behind Garnett, but for him to only be 22-years-old, you take that chance.

This is a guy that can play back-to-the-basket, face-up, block shots, rebound at a high level and is great in the pick-and-roll. Also, you aren’t finding too many big men in the league with Town’s skill set.

Now there seems that there may be a few changes in Minnesota in the coming years and the Timberwolves may not be as good as they were last year should they trade Butler. However, although one All-Star has asked to be traded out of Minnesota, there’s another All-Star who is deciding to stay for years to come.