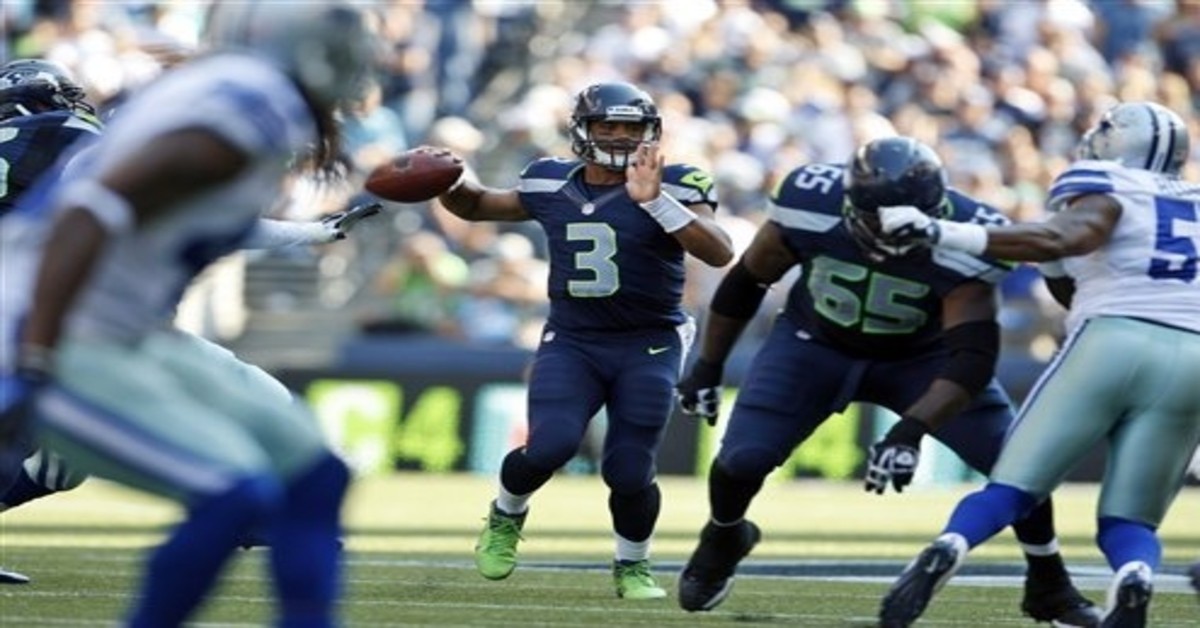 Seattle, WA– Behind the magnificent play of Russell Wilson, the Seattle Seahawks (1-2) defeated the Dallas Cowboys (1-2), 24-13.

The game would begin very slowly with little to no offense played in the first quarter. In addition, neither team would score a single point. However, the second frame was when the Seahawks began to soar.

Seattle would do a nice job of picking and choosing their spots, taking advantage of the Cowboys when choosing to go to their hurry-up offense. Going to a quicker paced offense would result in the Seahawks first touchdown, as Wilson found Jaron Brown for the 16-yard score.

Wilson would continue to stay on fire by scoring on the team’s very next drive, finding Tyler Lockett for a 52-yard touchdown. Wilson finished the game 16-of-26 and threw for two touchdowns.

The Seahawks offensively did a  great job balancing the pass and rush attack. Chris Carson, who was next to irrelevant in Seattle’s last game against Chicago, was an absolute force in the run game. He finished with 102 yards on 32 carries. In addition, the 102 yards marked Carson as the first Seahawk player in the last 23 games to finish with 100 yards or more.

The defense for Seattle was equally as great. Although the defense is no longer dubbed the “Legion of Boom”, they certainly brought the boom in the contest.

Seattle’s defense, led by Earl Thomas, who finished with seven tackles and two interceptions, made it very hard for the Cowboys to get into any kind of rhythm. In fact, they did a remarkable job getting to Dallas quarterback Dak Prescott.

Prescott dropped back in the pocket 38 times in the ball game and Seattle was right there each time he dropped back. The Seahawks defense sacked Prescott five times and knocked him down eight times. The defensive pressure forced Prescott to make bad throw after bad throw.

Prescott finished the game 19-of-34 for 168 yards, one touchdown, and two interceptions.

The Cowboys struggled on the offensive side of the ball all game long. For Dallas, this would be the second time in three games where they were shut-out of the end zone until the fourth quarter. The offensive line, who has been known as the league’s best offensive line, failed to protect their quarterback.

The Cowboys also failed to complete a pass play that went for more than 20 yards. In fact, running back Ezekiel Elliott, who finished with 127 yards on 16 carries, would be the only player to make a play for the Cowboys that resulted in more than 20 yards. However, that was on the ground.

Dallas’ defense wasn’t a huge factor in the game either. Sean Lee, who left the game due to a Hamstring injury, was really the catalyst for the Cowboys. He finished the game with 11 tackles. But, once he exited the game, the defense found it hard to get to Wilson. Wilson did a great job all game getting the ball out of his hands quickly and making big gains for his team.

Seattle played with more of a sense of urgency, not wanting to be 0-3 going into next week. In addition, both teams are now 1-2 going into week four. The Seahawks will look to get a win streak going as they’ll face the Arizona Cardinals (0-3) on Sept. 30. On the opposing side, the Cowboys will look to get back to their winning ways as they’ll face the Detroit Lions (0-2) on Sept. 30.

Derrick Morgan: The Evolution of a Football Lifer