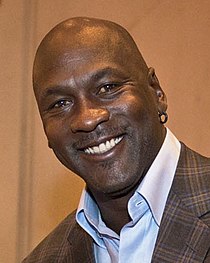 When you think of the President of the United States, words like humanitarian, altruistic and level-headed come to mind.

However, that is not the case with current U.S. President Donald Trump, who recently took to Twitter to insult NBA superstar and Los Angeles Lakers forward Lebron James, calling the four-time league MVP unintelligent.

While James himself has not responded to the comment made by Donald Trump, many current and former players have come to James’ defense, including six-time NBA champion Michael Jordan.

“I support LJ,” Jordan said in a statement to NBC News on Saturday. “He is doing an amazing job for his community.”

A sign of an insecure human being is one who attacks others to make themselves feel better… im just sad that young kids have to see stupid tweets like these and grow up thinking it’s okay… forget everything else Donald your setting a bad example for kids???? our future ???? https://t.co/eg0MECg8xC

I've been silent about ALL of the DUMB stuff this man has tweeted but THIS is attacking the NBA brotherhood and I'm not rollin'! What an embarrassment… https://t.co/zHjgokig8R

So let me get this straight: Flint, MI has dirty water still, but you worried about an interview about a man doing good for education and generations of kids in his hometown? Shut your damn mouth! Stop using them twitter fingers and get stuff done for our country with that pen. https://t.co/sEkX3OKaJM

In the interview with Lemon, James stated that he felt Trump “was using sports to kinda divide us.” Ironically enough, the NBA community displayed unity and rallied to defend James after Trump’s tweets surfaced on Friday night.

Trump has publicly advocated that the NFL players who protest the National Anthem should be fired and even referred to the protesters as “sons of b#tches.” Trump has also been criticized for retracting a White House invitation to the 2017 NBA Champion Golden State Warriors after players like Curry and Kevin Durant stated they had little to no interest in visiting the White House with Trump in office.

In response to the retracted White House invitation in 2017, James defended Curry and the Warriors calling the president a “bum” and stated, “Going to the White House was a great honor before you showed up.”

Malena Barreiro - February 25, 2021 0
Vivian Thoreen, the lawyer for the father of singer Britney Spears, broke the silence for Jamie Spears. Jamie has been in an ongoing battle...