﻿Las Vegas, Nevada — It’s safe to say there’s some partying in Vegas tonight — and one of those reasons is because of its NHL team. In their inaugural season, the Las Vegas Knights have advanced to the Stanley Cup, beating the Winnipeg Jets 2-1 in Game 5 of the Western Conference Finals.

This time last year, the Knights did not even have a roster ready.  Yet, here we are 97 games later, they are playing for the most important cup in the NHL.

According to ESPN, before the 2017-2018 season, the Knights had 500-1 odds to win the Stanley Cup. Guess being in Vegas there’s a chance to beat the odds with maybe a little luck on your side.

The Jets started off the series with a 1-0 lead after beating the Knights 4-2.  Las Vegas then went on to not trail in the final four games of the series before clinching the Clarence S. Campbell Bowl.

The Knights are the first expansive franchise to reach the Stanley Cup Final in their debut season since the 1967-68 St. Louis Blues, according to ESPN.

The Knights will face the winner of the Eastern Conference Finals between the Tampa Bay Lightning and the Washington Capitals.  The Lightning currently lead the series 3-2 heading into Game 6. 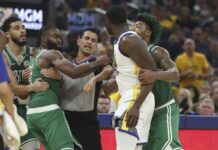 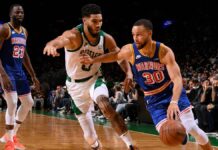 NBA Finals preview: Why the Warriors want to win so badly 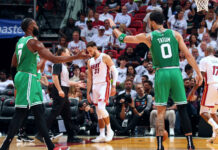