During the off season, Curt Miller left Connecticut as the Head Coach and is now the head coach for the Los Angeles Sparks. With his departure, he found a way to trade for Jasmine Thomas and bring her to the west coast with him.

“Jasmine Thomas’s presence on and off the court has been both a driving force and a calming presence to her teammates,” stated Sun general manager Darius Taylor on trading Thomas. “Her leadership and toughness have gotten the Connecticut Sun franchise to incredible heights over the last 8 years. As we look toward the future, we saw moving her as an opportunity to build, while also remaining as a championship contender for years to come.”

Thomas missed last season as she recovered from an ACL tear.

Los Angeles also acquired Connecticut’s first-round pick in the 2023 Draft. In the trade, the Sun will welcome Jasmine Walker, Kianna Smith and Olivia Nelso-Ododa to its roster.

Jonquel Jones, who has been a star for the Connecticut Sun, is set to be traded to the New York Liberty. Per a report, the deal should be finalized by Sunday night. That same reported has indicated Liberty players Rebecca Allen and Natasha Howard will be sent to Connecticut and Dallas, respectfully. Furthermore, the Wings also acquire the rights to Crystal Dangerfield (Liberty), Kayla Thornton (Dallas) will head to New York and Ty Harris (Dallas) to Connecticut.

According to one report, Jones requested a trade from the Sun and named the Liberty as the team she wanted to play for. Last season, Jones averaged 14.6 points, 8.6 rebounds and 1.2 blocks per game. The 2021 MVP also was the 2017 Most Improved Player and 2018 Sixth Woman of the Year.

The WNBA Free Agency has officially started for the upcoming season. In one of the first moves, the Indiana Fever traded Danielle Robinson to the Atlanta Dream. The transaction also sends Kristy Wallace to the Fever.

“Danielle’s skillset, competitiveness, and basketball IQ will prove her to be a great addition to our team,” stated Dream general manager Dan Padover. “We know she will continue to bring the same energy to the floor that she has brought throughout her entire professional career. Danielle is the exact type of professional we want to bring into this organization. Her leadership and experience will be a huge asset for our young talent as they continue to grow into the future of the Dream.”

Robinson is a three-time WNBA All-Star as well as a WNBA All-Defensive team selection. Furthermore, the veteran guard was the No. 6 pick in the 2011 draft. Before joining Indiana, Robinson also played for San Antonio, Phoenix, Minnesota and Las Vegas (previous San Antonio). During her two seasons with the Fever, Robinson averaged 9.9 points per game the first year and 7.4 points last season.

As for Wallace, she was the second-round draft pick in 2018. However, a knee injury kept her off of a WNBA roster until last season when Atlanta picked her up. Before last year, Wallace continued to play professionally back home in Australia.

For the Dream last year, she averaged 6.6 points, 2.3 rebounds and 2.2 assists last year for Atlanta. 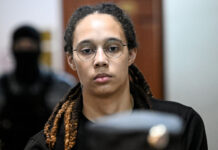 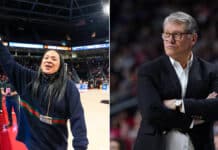 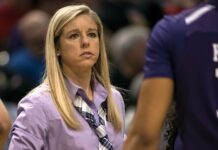