Playa Vista, CA — As I arrived to the Clippers media day, walking in the practice faculty, there were multiple photo shoot sets. Each set was set up for the players to not only take photos but also create video content for the upcoming season, as well. Over on the side, some of the players were signing hats and basketballs. It was fun to see the players outside of game day and their individual personalities shine during their photo shoots.

Throughout the interviews, not to anyone’s shock, Kawhi Leonard was first up. He talked about the fact that he is feeling good and ready for the season. It’s going to be an exciting season for the Clippers with him back on the court along with some other players that are coming back from injuries. Besides Leonard, Paul George is back from an injury, plus Los Angeles has the addition to the roster: John Wall. With Wall joining the squad, he brings a great deal of depth to the Clippers roster this year.

The Clippers Head Coach, Tyronn Lue, has one of the best problems you could ever have as a coach — figuring out how to manage a team of players who on most teams would get more minutes than they will on this team. Coach Lue says that conversations about all of that started yesterday. Last year, with the injuries Los Angeles encountered, some of the players who normally wouldn’t be getting 20-30 minutes a game were able to get that experience, which will help the team for the 2022-2023 campaign. There are a lot of great personalities on this Clippers roster, and everyone has a role to play in creating a championship team.

From what I could tell today, most of the players are really excited to be playing with this group of guys and they have mentioned the focus that they want to bring into training, camp, and the rest of the season. The players have also recognized the opportunity that there is for this team and how they want to capitalize on that.

Another topic of conversation in the interviews with the players today was mental health. Wall explained that it’s sometimes hard to see these superstars as regular people with regular problems.

I think that the conversation has become much more prevalent in the past couple of years surrounding mental health in professional sports and it’s good to see athletes with such an incredible platform continuing to bring up and create ongoing conversations about mental health issues.

Coach Lue said that after not making it to the playoffs last season most of the guys were back in the gym within a week. He had told them to take a little bit more time off, but everyone seemed eager to get back, better, stronger, and more prepared for this upcoming season.

Is anyone else excited to see what the Clippers are going to do in this next NBA season? The Clippers are now headed to Las Vegas for training camp. Los Angeles will play its first preseason game on Sept. 29 against Maccabi Ra’anana at Climate Pledge Arena. 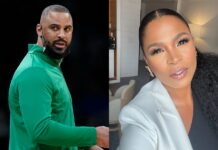 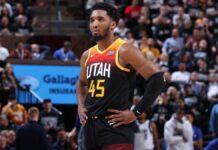 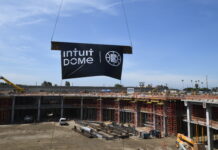