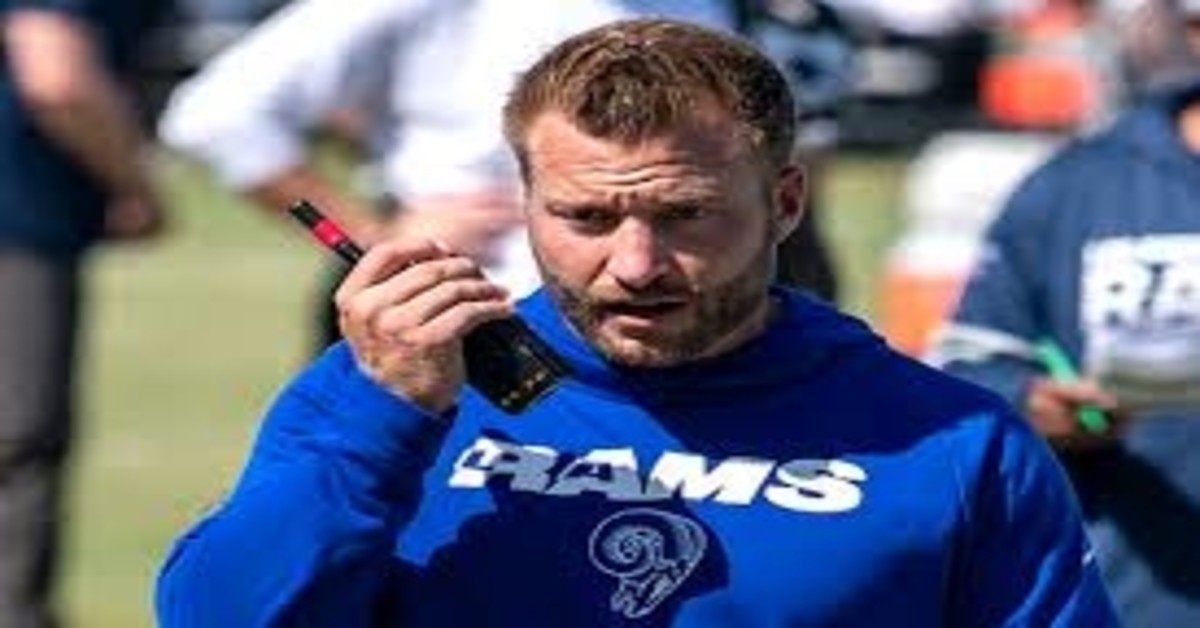 What’s up everyone! Welcome back to another edition of Outside the Hashes, where this week we’re going over a recently overlooked concept in the NFL: defense.

If you follow the NFL, it feels like not too long ago we were ready to put head coach Sean McVay among the greatest of all-time for his work with the Los Angeles Rams. He turned around the franchise thanks to his innovative play-calling, an offensive strategy that featured tons of misdirection and of course, the young stars of quarterback Jared Goff and running back Todd Gurley.

The league was taken by storm after the team’s 24 wins in his first two seasons and as a result, the ‘Sean McVay effect’ occurred. All around the league, teams began looking for the next great young offensive mind to turn a franchise around.

One could argue that a few head coaches, including the likes of Matt LaFleur (Green Bay Packers), Zac Taylor (Cincinnati Bengals) and Kliff Kingsbury (Arizona Cardinals), all were hired due to McVay’s early success. Both Taylor and LaFleur worked as assistants under McVay with the Rams and were under the age of 40 when they were hired by their respective teams. Kingsbury, the former Texas Tech University head coach, had never worked with McVay but the 39-year old head coach stated that he and McVay are good friends.

Fast forward to present day: the Rams are in the middle of a slump and have a record of 3-3, six weeks into the 2019 season. While the offense has struggled some, it has been the defense of the Rams that has held the team back. The Rams’ defense has given up 35 points per game during their three-game losing streak compared to the 16.3 points per game in their three wins.

One might think 35 points isn’t too much and McVay’s offense has the talent available to outscore their opponents. But 3 years after McVay grabbed the NFL by the throat, the Rams’ offense has been figured out and slowed down by opposing defenses.

In McVay’s first 2 seasons, the Rams scored more than any other team in the NFL (1,005). But in 2018, the Rams had a Sunday night game against the Chicago Bears and put up only 6 points in the loss. The cat was out of the bag on how to slow down the Rams offense and since that loss, McVay’s offense has averaged only 24.6 points per game in comparison to the 31.3 points per game average in McVay’s first 29 games.

Of course, injuries and personnel changes play a large factor in this too but let’s look at some other examples around the league.

Matt Nagy was considered an offensive guru when he was hired by the Chicago Bears in 2018. The Bears’ offense that season scored the ninth-most points in the league and had the 11th-most rushing yards thanks to Nagy’s playcalling. Pair that with the league’s best scoring defense and the Bears looked like they were going to be a dominant force for years to come.

However, in 2019 the Bears offense has been a trainwreck. The unit averaged only 16.5 points per game in the team’s first 4 games before quarterback Mitchell Trubisky suffered an injury. They have the third-fewest yards per game average (266) which is behind teams like the Denver Broncos, the Washington Redskins and the winless Cincinnati Bengals.

The Bears are lucky to be 3-2 on the year thanks to their defense being the third-best scoring defense in the NFL. But for the so-called offensive guru Nagy, things are not going the way he expected them to this season.

Speaking of expectations, none were bigger than the ones for Patrick Mahomes and the Kansas City Chiefs heading into 2019. Mahomes not only won the NFL MVP award last season, but the Chiefs were an overtime period away from reaching the Super Bowl.

The Chiefs are currently 4-2 on the season and have looked a lot more beatable on the offensive end. They currently average 28.7 points per game which is 5th best in the NFL, but in their losses to the Indianapolis Colts and the Houston Texans, they put up 13 and 24 points respectively.

The Chiefs defense has continued to struggle to stop anybody as they have given up the third-most rushing yards, the fifth-most total yards, the most first downs and the highest time of possession to opposing offenses. The defense’s inability to force three and outs and get the ball back into the hands of Mahomes has drastically slowed down their own offense.

It seems that amidst all the hype surrounding the league’s new play-callers, quarterbacks and explosive skill players, the general public had forgotten that defense still wins games in the NFL. Don’t believe me? Let’s take a look at the numbers.

Remember the New Orleans Saints and the Carolina Panthers who both lost their starting quarterbacks to injuries? Well, both are doing just fine, as the 5-1 Saints currently have the 11th-best scoring defense while the 4-2 Panthers currently lead the NFL in sacks and have produced the third-most turnovers.

Sure, there are exceptions like the Tennessee Titans (2-4), the Denver Broncos (2-4) and the Los Angeles Chargers (2-4), who all have top-10 scoring defense but are on the wrong side of .500. When you look at the top half of the league in terms of scoring allowed, only the Jacksonville Jaguars and Pittsburgh Steelers have records below .500. But in all those cases, poor quarterback play, key injuries or just some bad luck all have played large factors in their season.

So while we may not see defenses deliver the big hits or be as dominant as the 1985 Chicago Bears or the 2013 ‘Legion of Boom’ in Seattle, don’t let all the flash from the top offenses fool you.

They may have had to adjust their style of play, but the defense still remains the most important ingredient of a winning football team.