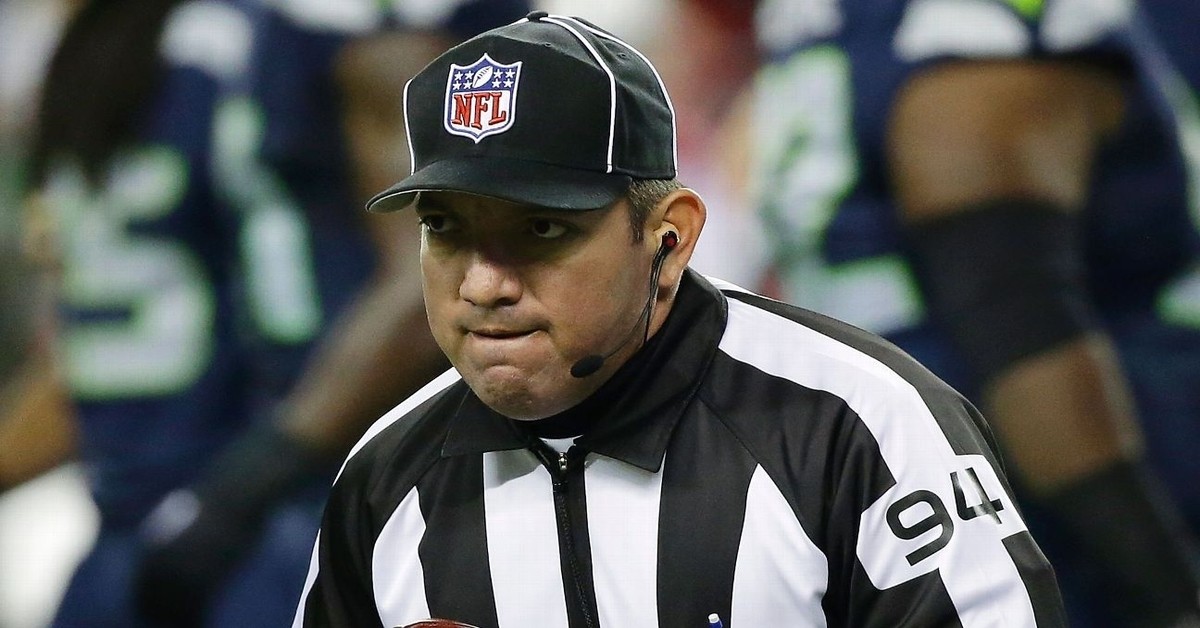 Since there has been a Super Bowl, the NFL has never fired an official during the season – until today. The league announced the firing of down judge Hugo Cruz.

Per reports, Cruz missed a false start violation during the Chargers-Browns game during Week 6. Cleveland players stopped playing anticipating a flag being thrown, but one never came, but instead Los Angeles scored.

Although, other reports have stated this one call was not the only reason Cruz was released. But stated he simply was fired for not meeting the NFL’s standard over a sustained period of time. Cruz has been an official in the league since 2015 and this year Week 6 was the last game he worked, this is week 8 of NFL play.

The NFL Referees Association stated it will file a grievance in regards to Cruz’s dismissal:

“The NFL has a troubling history of knee-jerk reactions with an eye on public relations, and clearly it has not learned from past mistakes,” said Scott Green, executive director of the NFL Referees Association. “The NFLRA will protect the collectively bargained rights of all officials and will challenge this reckless decision through the grievance process.”

Per league rules, the NFLRA has up to 90 days to submit its grievance.