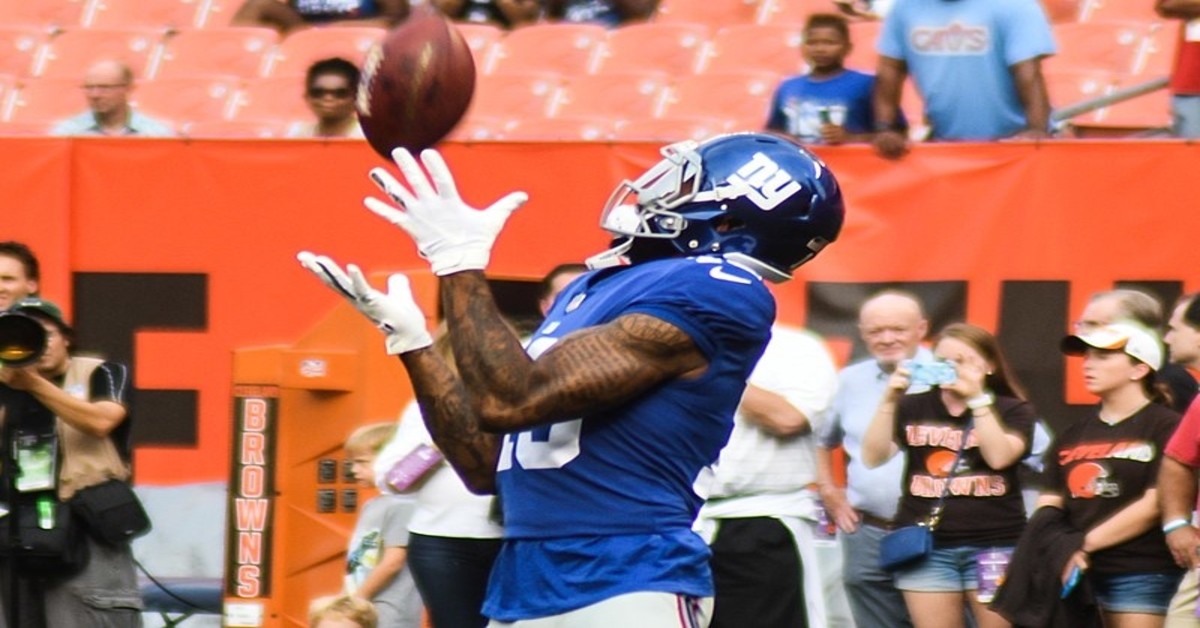 This contract means Beckham Jr. can receive a maximum $95 million over the course of the deal with $65 million in guaranteed money. This deal is higher than Pittsburgh’s Antonio Brown’s $17 million per year average and Tampa Bay’s Mike Evans’ $55 million in total guarantees.

“We got him until he’s 108,” Giants general manager Dave Gettleman joked in a release. “I never worried whether or not we would get it done. I’m pleased, because the litmus test for a contract is that neither side is ticked off before the ink can dry, and neither side should be ticked off. It’s a very fair deal.”

For nearly the past two years, Beckham Jr. has been trying to sign an extension with the Giants. The new contract will keep him with New York through 2023.

“Honestly, I don’t even know how to explain it,” Beckham said in a statement. “I don’t know if it’s a relief, I don’t know — it’s a combination of everything. You’ve worked all your life to get to this point and it’s finally here. I knew that it would get done; it just was a matter of when. And I’m just so happy that it is finally done now.”

Beckham Jr. is set to make $8.4 million on the fifth-year option of his rookie contract. This extension also reworks Beckham’s 2018 contract into a $1.459 million salary with a $20 million signing bonus. In terms of against the cap, the Giants will save $3 million.

New York opens the season against the Jacksonville Jaguars on Sept. 9. Now that a contract has been signed, Beckham could make his return to the field that game. Last October, Beckham broke his ankle, which is why he has not appeared in games yet this preseason.

The 25-year old, three-time Pro Bowl receiver was the quickest to 200 receptions and 3,000 yards in NFL history in only 30 games. His absence was missed last season – there’s no doubt New York is itching to have him back and continuing to writing his name in the history books.