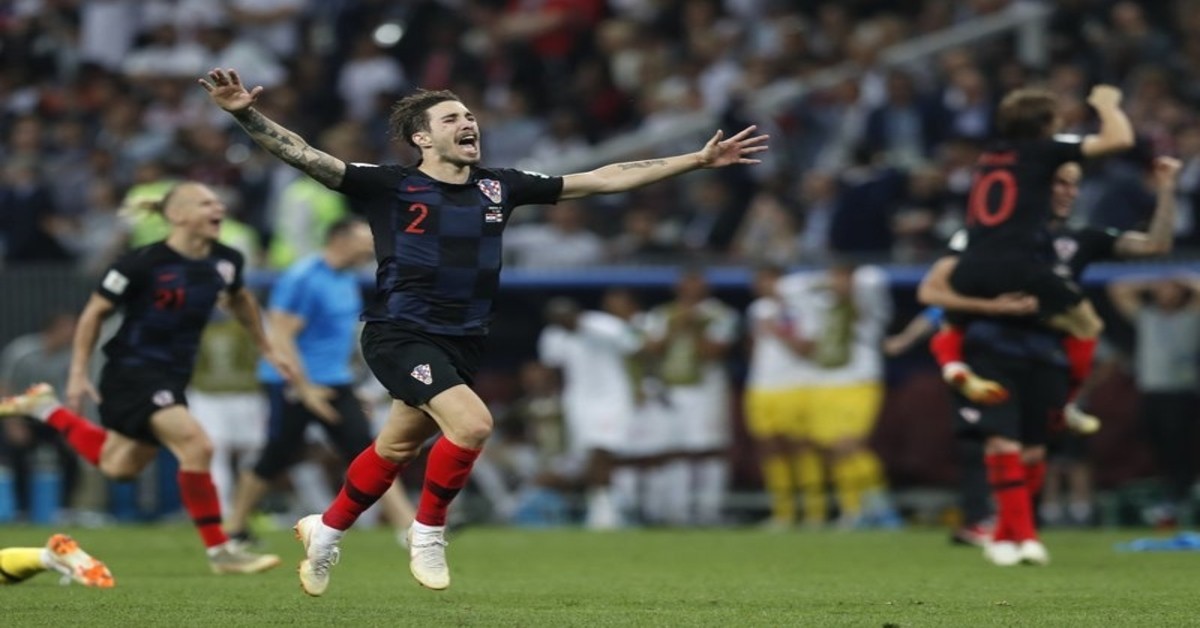 It sounds bizarre right: a nation whose population sits just over 4 million has reached the World Cup Final.

According to Accuscore – a largely used sports simulator site – Croatia only had a 38.7% chance to reach the Round of 16 before the tournament began. And despite being undersized to nearly every opponent they have faced in the tournament, somehow the Croats have managed to not lose a single game this World Cup.

If you paid attention to the early group stage matches, we all caught a glimpse of Croatia’s potential and how dangerous they could be after they dominated Argentina 3-0. It was not their pinpoint accurate passing or their ability to snuff out all of Messi’s attacks that shook the soccer world; it was their ability to apply a relentless pressure after going up 1-0 and even after taking a 2-0 lead in that game.

While most teams get complacent after taking a lead, Croatia never let their foot off the gas pedal when they had a lead the entire tournament. On the flip side, they used that same type of energy when faced with a deficit, as they have won now three games in a row after falling behind early in the first half.

Fueling the team’s intensity levels is their captain and superstar, Luka Modric. The midfielder has done it all this tournament: defend, create chances for others, score and has probably ran more than anybody in this World Cup. To say Modric has been one of the best players this summer would be an understatement, and he’s doing all this while being 5’8” and 32 years old.

Modric has been surrounded by midfielders who have matched his intensity as well. Ivan Perisic and Ivan Rakitic both have played with high intensity defensively and have a combined three goals this tournament. Andrej Kramaric and Ante Rebic have been consistently on the attack creating numerous chances in the Croats 4-2-3-1 formation.

Of course in order to win, you must have a good defense and such is the case for Croatia. While center backs Dejan Lovren, Domagoj Vida and goalkeeper Danijel Subasic aren’t considered elite individual players, together they have formed a near impenetrable wall against some of the World Cup’s finest offensive attacks. Subasic has come up clutch in big moments as he has stopped five penalty shots and has made multiple saves during the tournament.

Ivan Strinic has been excellent pushing the ball forward aggressively from his left back position. Forward Mario Mandzukic has been a selfless player creating opportunities for others and of course capitalizing on the chances he gets. It was Mandzukic’s goal in the 109th minute against England that was the difference maker and sent Croatia to the finals.

And it goes without saying, coach Zlatko Dalic has done a great job in preparing his players and making substitutions at the right time. Players like Modric, Rakitic and Perisic aren’t ones to admit they are tired, but Dalic knows how to maximize his star’s talents without overworking them.

While Croatia may have started the tournament out as underdogs, they entered the Round of 16 as favorites thanks to a 3-0 group stage record. Croatia needed penalties to defeat Denmark after the two nations exchanged goals in the first four minutes of the match, in what turned out to be an offensive struggle. The Croats again fell behind early on against the host team Russia, but managed to finish the match tied at two apiece and came away victorious again in penalties.

Then, for the third straight game, Croatia fell behind to England early, but simply outworked their opponent the rest of the match and came away with a 2-1 victory.

There is nothing Croatia has not gone up against in this World Cup, which makes them a very scary team. They match up against arguably the best team of this tournament in France, which has David versus Goliath written all over it. Heading into Sunday’s showdown, France is favored and has a money line of -220, while Croatia is set at +190.

If we have learned anything from this World Cup, it’s that Croatia should not be overlooked. They play with a high intensity while still being very secure with the ball and most importantly, they play with grit. France may be an intimidating opponent but in Croatia’s locker room, there is not one ounce of fear among the team.

Seeking a promising No. 10, Dockal delivers for Philly Union