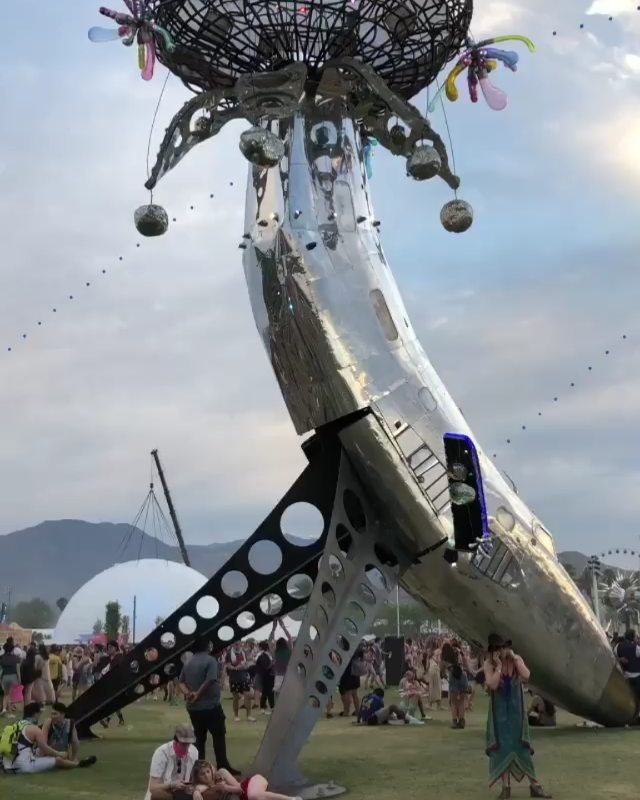 To some, this word may not mean much, but to the hundreds of thousands that attend, it resonates all different types of music from Hip-Hop to Electronic Dance Music, illustrates neon-flashing lights, expresses personalities and preferences through fashion, and tastes like a refreshing strawberry and banana smoothie. After experiencing Coachella, I understand it is more than a regular music festival: it is a lifestyle and to many, a tradition.

Social media has played a huge impact on fashion at Coachella because let’s be real, if you didn’t post it… it didn’t happen. Also, what better way to show out in front of your followers than to post a picture of your most fly, craziest fit in front of a giant, “I don’t even know what to call it but it looks awesome” piece of art. Not to mention, each art piece Coachella has installed every year has been an original piece, made just for Coachella. Crazy, right?

Whether you have been thinking of a Day 1, Day 2, or Day 3 outfit for a year now, or just started thinking of them a couple days beforehand, Coachella is the only place where it is acceptable to wear, or not wear, anything you want. You can even dare to mismatch completely and still be known as a fashion icon because you are at Coachella!

Everyone seems to be on the same page during the festival. They are either trying to squeeze their way to the front of the stage to try and get a better view, or chill and sit down behind everybody because they like their space and do not mind seeing the stage at a distance. Next, they are either waiting in line for food, smoothies, alcohol, or $2 waters or waiting in the bathroom lines.

Either way, there is a lot of walking and a lot of standing, yet many women still wear heels. I do not know how they do it, but they do.

Not only is Coachella known for its fashion, but it is also known for having amazing headliners and performances every year. This year beat the charts, with such high-quality headliners such as Eminem, Cardi B., The Weeknd, Post Malone, Migos, Tyler the Creator, Odesza, and “Queen B”, Beyoncé herself; some fans even renamed the festival “Beychella” in her honor.

The list didn’t stop there, with SZA, 6lack, Snakehips, Flatbush Zombies, HAIM, Kygo, Dej Loaf among the many artists who performed. Plus, the majority of the artists brought out other artists. Kygo brought out Ariana Grande, who performed her new single, “No Tears Left To Cry,” both SZA and 6lack brought out Khalid, Post Malone brought out Rae Sremmurd and Ty Dolla $ign, while Beyoncé and Migos brought out their significant others for their respective performances (Jay-Z is Beyoncé’s husband, while Cardi B. is engaged to Offset from the Migos).

It was a whirlwind of energy and excitement, coming from both the audience and the artists, definitely a weekend to forever remember.

The music, the art, the fashion, the people, the venue, and the attractions are what makes the Coachella Valley Music and Arts Festival addicting. I talked to many people who have been five to even nine times in a row and are already planning on going next year.

This was my first year attending Coachella and I can officially say, I will be attending once again next year as well.

Petra Halmai - February 23, 2021 0
NEW YORK - Ackquille Pollard, who is better known as the rapper Bobby Shmurda, was released from Clinton Correctional Facility on Tuesday morning according...

Kimberly Perlman - February 22, 2021 0
The United States is about to hit another milestone in terms of Covid deaths. Nearly 500,000 Americans will have died from Covid since the...

Chris Harrison departs from the Bachelor