The Flordia Gators will begin searching for a new coach after the university announced Dan Mullen has been fired — with only one week left in the regular season. Greg Knox has been named interim head coach.

Scott Stricklin, Florida’s director of athletics, made the decision on Sunday after the team returned from losing to Missouri. Last night’s loss was the Gator’s fourth consecutive loss to a Power 5 opponent. According to Stricklin, Mullen turned down the opportunity to coach the last regular-season game against Florida State stating he didn’t want to be a distraction.

“I think he’s as good on the offensive side of the ball as anyone in football, whether it’s pro or college, and I think Dan’s going to have other opportunities to go out and coach football and I think he’s going to be successful at it,” Stricklin said on Mullen’s ability to still coach.

In his four seasons with Florida, Mullen accumulated an overall record of 34-15 (21-13 vs. SEC). Since the Gators have fired Mullen, they will pay him his full $12 million buyout. More specifically, he is owed $6 million within 30 days of being fired. The remaining amount will be paid out yearly in $1 million payments. 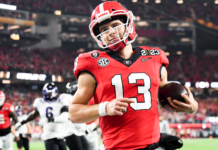 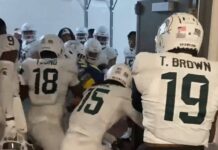 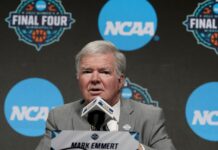