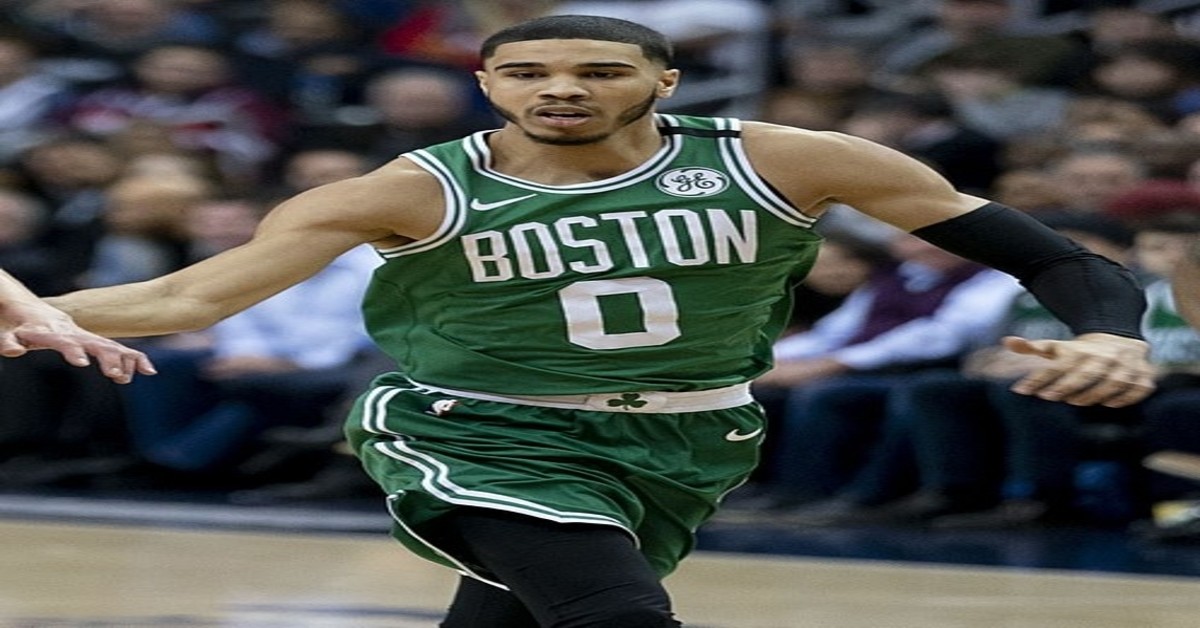 Boston, MA — Jayson Tatum led the way for the Boston Celtics (1-0) with 23 points, nine rebounds and three assists and Boston wins their home opener over the Philadelphia 76ers (0-1), 105-87.

With LeBron James no longer in the Eastern Conference, these are the two teams that everyone believes will be the teams fighting for the top spot in the East. In addition, there was no love lost between Philadelphia and Boston.

In the first quarter, you could sense the butterflies and the jitters from the two ball clubs as there was very sloppy play in the opening minutes. Neither team would shoot well from the field either. However, the Celtics would deliver the first blow to Philadelphia to begin the contest.

Boston began the game going on a 10-0 run and Tatum gave the Sixers a taste of what he was going to do all night. He finished the quarter with nine points on 50 percent shooting and was playing with a lot of energy as he hit a couple of mid-range jumpers off the hesitation dribble.

Turnovers plagued Philadelphia in that first quarter. The 76ers tallied six turnovers in the first frame but made up for the mistakes by playing hard and finishing on a 7-0 run. Their run tied the game at 21-21 going into the second period.

Basketball is a game of runs, and even though Philadelphia tried making substantial runs in the ballgame, they would come a bit late at the expense of Boston. The Celtics opened the second quarter a 9-0 run and looked to take off away with the game by the end of the first half. Moreover, you had to love what the Celtic team was able to do despite all-star Kyrie Irving being colder than a milkshake in the winter.

Irving went into intermission with four assists and zero points on 0-for-8 shooting and finished the game with only seven points. However, this team just this past season went to the Eastern Conference Finals without Irving and Gordon Hayward, who finished the game with 10 points. So where their two stars were lacking, the rest of the team picked up the slack.

The Celtics got scoring from a multitude of players. Terry Rozier had six points, Marcus Smart provided seven points of his own and Jaylen Brown pitched in five points, three rebounds, and two assists. The depth for Boston is one of the main reasons people have this team giving Golden State a run for their money.

Although the Celtics did very well in the quarter, Ben Simmons led the charge for the 76ers in the second. Simmons used his size and ball-handling ability to gain easy buckets on the fast break and used his superior court vision to make excellent passes to his teammates. He would go into halftime with a near double-double (10 points, nine rebounds) and dropped five dimes en route to cutting the Celtic lead down to just five going into halftime, 47-42.

However, turnovers would continue to plague the Sixers yet again in the second as they turned the ball over five more times in the half. In addition, that was the name of the game for the squad as they would finish the game with 16.

Philadelphia would make it interesting in the third frame even with Boston beginning the quarter on a 7-0 run and Tatum starting to “Filay” his defenders on the court. The 76ers responded with a 10-0 run of their own and the tandem of Simmons and Joel Embiid began to lead the way for the Sixers as they’ve done so many times before.

Embiid went into the fourth quarter with 16 points and seven rebounds and Simmons had a near triple-double after three quarters (12 points, 13 rebounds, seven assists). Yet, with their teammates beginning to miss potential momentum-shifting baskets and with the pair becoming gassed, the Celtics were able to run away with the game.

In the fourth stanza, the Celtics would go on two game-deciding runs that helped them pull away and the Sixers didn’t have enough to respond this time. With Boston understanding this, they took complete advantage of Philadelphia’s two tired stars and let them hear every last bit of it.

Brown put Embiid on a “poster” with a ferocious “jam” that had Boston fans jumping out of their seats. Embiid was not done getting toyed with yet as Tatum banked in a basket over him and stared him down as they went the other way.

Both Simmons and Embiid are great, but it doesn’t seem that the process is over just yet. Philadelphia is going to need a third scorer and they’re hoping that that person is Markelle Fultz, who finished with five points on 2-of-7 shooting. However, with this team being one that’s supposed to be one of the more feared teams in the league, how patient will they be with the former No. 1 overall pick? Hopefully, the Sixers find some answers to take the scoring load of the dynamic duo of Embiid and Simmons.

The Celtics won what is the first of four meetings between these two teams. Winning their home opener by 18 points, 105-87, was a great start to the season. It wasn’t the best shooting night for either team but its opening day and you expected there to be butterflies. The rivalry is very real between these two teams and it’s going to be a game that everyone will mark on their calendars as Boston and Philadelphia won’t meet again till Dec. 25.

The Celtics will be on the road against the Toronto Raptors in their next match-up on Oct. 19. On the opposing end, the Sixers will be at home versus the Chicago Bulls on Oct. 18.

Boston is unstoppable at home

A Golden age is upon the NBA