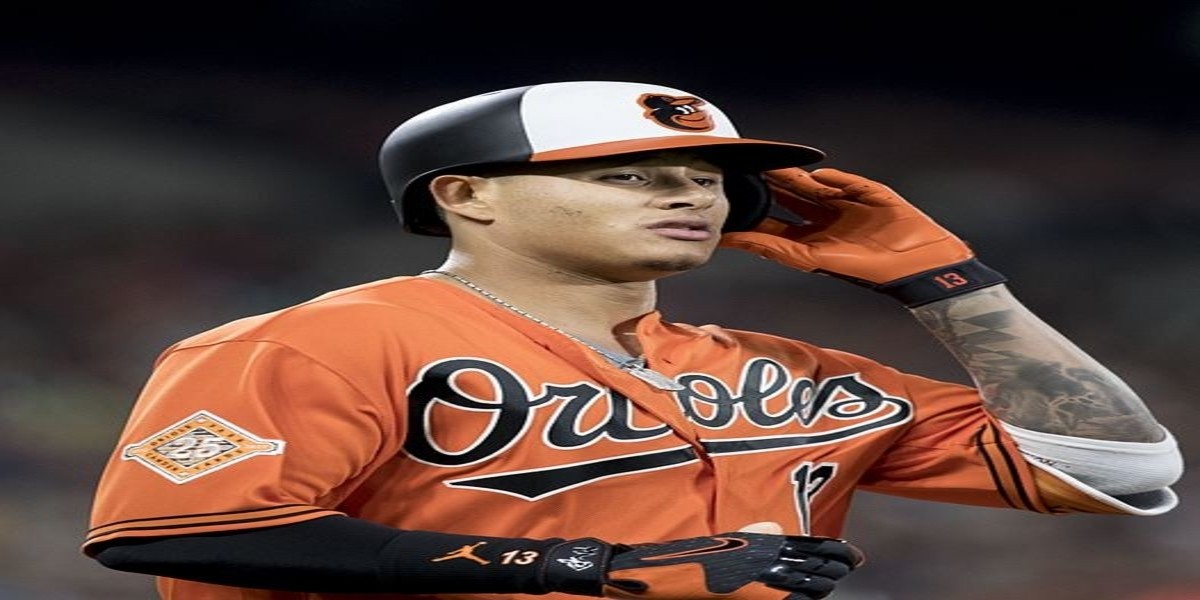 It has been the talk of the town the past year and a half, and now we’ve reached the boiling point.

Despite being reluctant to trade their star shortstop, the time is ticking for the Baltimore Orioles to trade shortstop/third baseman Manny Machado before the July 31st trade deadline.

At the All-Star break, the Orioles have the second-worst record in baseball at 28-69 and MILB.com ranks their farm system 23rd in the league. With the playoffs far out the picture and a lack of intriguing prospects, it is time for Baltimore to sell at the deadline and trade their star players like Machado.

Since Machado came into the league in 2012, he has been one of the best dual-threat infielders posting a career average of .283 while winning two Gold Gloves for his work defensively. He possesses elite arm strength with the ability to make a throw from anywhere in the infield – or just out of it – and has elite power (he is currently on track to hit 30+ home runs for the fourth straight season). He is currently batting an impressive .315 and has 24 home runs thus far in 2018.

Unfortunately for Machado, the Orioles were only able to reach the playoffs twice during his tenure and have let some of his prime years go to waste. However, that trend could change this season as Machado is in his last year of his contract and playoff contending teams are inquiring about trading for him.

Eight teams have emerged as contenders for the Machado sweepstakes: the Atlanta Braves, Milwaukee Brewers, Chicago Cubs, Arizona Diamondbacks, Los Angeles Dodgers, Philadelphia Phillies and New York Yankees. Rumors have it that the Machado sweepstakes have been currently heating up, as Jim Bowden of The Athletic tweeted out on Monday that he expects the Baltimore infielder to be traded before the regular season resumes on Friday, July 20th.

We will take a look at each of those contending team’s infield situation, what their best trade package might be and how Machado would impact their lineup.

The Braves might be the Orioles’ ideal trading partner because they possess the best farm system in all of baseball, including eight players in Baseball America’s top 100 prospects. The Braves have a talented young infield as well in the major league level, which helps their cause as the Orioles look for some MLB-ready talent in return for Machado.

Ozzie Albies and Dansby Swanson are two of Atlanta’s most prized possessions, while Freddie Freeman is arguably the team’s most valuable player so it would be hard to imagine the Orioles getting either of the three. Starting third baseman Johan Camargo alongside a decent prospect would be a good return package as the 24-year old is versatile enough to play second, third and shortstop and can handle the bat well, hitting .273 with 32 doubles in one and a half major league seasons.

Ideally, I think Machado would be inserted into the no. 4 slot in the lineup right behind Freeman. The move gives Freeman protection as teams will be hesitant to walk him with Machado following in the order. If the Braves were to trade Camargo, Machado would play third majority of the time but can switch over to shortstop on Swanson’s off days.

The Brewers currently sit in second place in the NL Central, which is quite remarkable considering all the injuries they have been hit with. Second baseman Jonathan Villar hit the DL just before the break while shortstop Orlando Arcia has had a disappointing 2018 campaign, hitting only .197. Travis Shaw at third base has been efficient hitting 18 home runs with 55 RBIs but the team is going to need a little more from their infield if they wish to make the postseason.

If the Brewers go after Machado, it will most likely be to play shortstop. The Brewers could send Arcia in return but because of his lack of production, they may need to add a couple top prospects such as the speedy infielder Mauricio Dubon or pitcher Freddy Peralta, who has seen some starts at the major league level in 2018. The Brewers could also consider building a package around utility infielders Hernan Perez and Tyler Saladino along with prospects.

With a healthy lineup, I see Machado fitting best in the no. 3 spot in the order. They could move Christian Yelich down to fifth in the lineup after the power hitting Jesus Aguilar, which could make for an intimidating 1-5 order in the lineup.

The Cubs find themselves in first place of the NL Central at the break but they have not looked like the best team in the division for most of the season. With Kris Bryant playing very well this season, it is likely that the Cubs trade for Machado and utilize him at shortstop. Addison Russell has manned the position and is hitting .272 this year but has very mediocre power, slugging .391 this year compared to Machado’s .575.

The Cubs could build a trade package around Russell and send over a utility player such as Ian Happ along with a lower level prospect. Happ has shown some major league power and at 23-years old, still has time to improve.

With Anthony Rizzo’s struggles at the plate this season, Machado is best suited for the no. 4 spot in the Cubs lineup. Because of Machado’s ability to play third and short, he fits right into manager Joe Maddon’s style of moving around players. Maddon could slide Machado to third, Bryant to the outfield and have Tommy La Stella play shortstop if he likes the matchup.

Thanks largely in part to a Dodgers team that struggled early on in the season, the Diamondbacks sit second in the NL West and are right in the thick of things. However, they need a massive upgrade on the left side of the infield. Third baseman Jake Lamb – who had a breakout season last year, is only batting .229 this season as he has failed to find a groove after returning from injury. Shortstop Nick Ahmed has always been a very good fielder but his pedestrian batting abilities has always handicapped Arizona’s offense.

Chances are, the Orioles will have greater interest in Lamb who is younger than Ahmed and still has two years of arbitration eligibility. The Diamondbacks could send Lamb, utility player Chris Owings, a major league ready prospect like reliever Jimmie Sherfy and a mid-to-high level prospect as a package to land Machado. Of all the teams in the Machado sweepstakes, Arizona will have to give up arguably the most players because of their weaker farm system.

Machado likely fits best in the no. 4 spot in the Diamondbacks lineup. As of late, Arizona has been batting Paul Goldschmidt second in the lineup and David Peralta third. Steven Souza could slide down to fifth in the order with Daniel Descalso behind him hitting sixth. If the D-Backs are serious about a postseason run, pulling the trigger for Machado is a must and we could see him having a J.D. Martinez-like impact for the second half of the season.

The Dodgers lost starting shortstop Corey Seager for the year due to Tommy John Surgery and for a team that was a game away from winning the World Series last year, they have to strongly consider pulling the trigger for Machado. Utility players Chris Taylor and Kike Hernandez have done a nice job of filling in but Machado would make their lineup a whole lot scarier.

Like the Braves, the Dodgers have a very good farm system. They have the luxury of possibly only needing to send a top prospect and a mid-level one to land Machado. If president of baseball operations Andrew Friedman is willing to part ways with a guy like Alex Verdugo, the Dodgers might only have to attach one low-level prospect with him and keep their key major league players. If not, expect guys like Logan Forsythe, Joc Pederson, Andrew Toles or Kyle Farmer to be thrown into trade packages.

With the stellar year Matt Kemp has been having, I like him staying in the no. 3 slot and Machado batting fourth behind him. Having Machado in the lineup should only benefit guys like Cody Bellinger and Max Muncy’s production at the plate as well.

As of late, the Phillies have been rumored to be leading the Machado sweepstakes. Their starting shortstop J.P. Crawford injured his finger last month but is expected to return from the DL in the coming two weeks. Unlike the shortstop situation with the Dodgers, the Phillies know their shortstop is coming back this season which makes other guys on the roster expandable.

A package surrounding third baseman Maikel Franco is what has been rumored that the Phillies are trying to send to the Orioles. Franco is only 25 and has shown some serious power during his time in the big leagues, hitting 62 home runs the past two and a half seasons. The Orioles have to like what Franco would bring to their team because he is a young piece you can build around. The Phillies might only have to attach a couple mid-level prospects with Franco in order to land a deal.

Because Crawford is returning from the DL this season, the Phillies can use Machado as a shortstop for the time being, and then slide him over to third when Crawford returns. Machado best fits in the no. 3 spot in the lineup and Philadelphia could either put the powerful Rhys Hoskins or the veteran Carlos Santana behind him batting cleanup.

The Yankees are probably the team with the most set infield out of the teams going after Machado. However, New York is going after the Orioles third baseman in hopes to sign him in the offseason. Shortstop Didi Gregorius has been great and third baseman Miguel Andujar has been a pleasant surprise this season. Second baseman Gleyber Torres did hit the DL before the All-Star break and could miss a couple weeks.

The Yankees have the second-highest ranked farm system according to MILB.com and my guess is, they will likely try to dish prospects rather than anyone on their MLB roster. Estevan Florial and Thairo Estrada are some high ranked position players that the Yankees may be looking to send to Baltimore. Pitchers Albert Abreu and Domingo Acevedo can both touch 100+ mph and also might be thrown into the trade discussions.

If the Yankees do land Machado, he will most likely play third base and slide Andujar over to primary DH. Machado will be an ideal no. 3 hitter in the Yankees lineup, moving Gregorius down in the order. If Aaron Boone were to go Aaron Judge, Machado, then Giancarlo Stanton 3-4-5, that would be the scariest lineup in all of baseball.